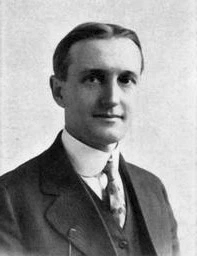 Fred Francis Bosworth was born in Utica, Nebraska to Methodist parents on January 17, 1877.

He was converted at a revival in the summer of 1893 while he visited Omaha , NE. He was healed from tubercolosis in his teens and associated with A.B Simpson. He became active with the Christian and Missionary Alliance Church.

He was also associated with John Alexander Dowie where he moved spent many years under Dowie's Ministry in Zion City , IL. That is where he also met another great man of God John G. Lake,

He came into a Pentecostal experience in 1906. He visited Azusa Street Revival in 1907 and was one of the founding fathers of the Assemblies of God until 1918 when he had a disagreement on the initial evidence of the baptism of the Holy Ghost and resigned. He moved to Texas in 1909 and in 1910 he started a church in Dallas, TX.

Bosworth gained a reputation as a healing evangelist and was a mentor to many of the tent revivalists of the 1950s. He traveled extensively in the US and also to Japan, Africa, and Canada.

Bosworth was friends with Charles Parham, William Branham and many other early Pentecostal leaders.

He established “The National Radio Revival Missionary Crusaders” in Illinois and was a leader in media ministries.

Bosworth's book Christ the Healer has over 500,000 copies in print.

Bosworth appears with John G. Lake, William Seymour and others in a famous photo, probably taken in Zion, Illinois.

If you have any further information on F. F. Bosworth or if you are a descendent, please contact us at info@azusastreet.org.